“It's not like I had a natural talent for athletics… It was just plain fun.” – Margaret Lambert

Born Gretel Bergmann on April 12, 1914, Lambert achieved the German high jump record in 1931 and, as a young athlete, was committed to pursuing a career in athletics. In her 1995 interview with the USC Shoah Foundation, Lambert shared that with the Nazi rise to power, “Everything changed. People that you knew wouldn’t talk to you anymore,” and Lambert was excluded from organized sports because she was Jewish.

“Teaching with Margaret’s testimony, and sharing her story with students, adds a unique dimension and depth to learning about the Holocaust,” shares Robert Adler, a history, special education, and English teacher at Berks County Intermediate Unit in Pennsylvania. “Here is somebody who actually lived the experience,” he says, emphasizing that her unprecedented athletic career and discussion about life under the Nazi dictatorship is a powerful introduction for students to the study of the Holocaust, and the complexity of persecution, bias, and antisemitism.

“In my classroom, we talk about Margaret’s life, how affected she was by the prejudice she faced, and the injustice of what she experienced. Margaret’s testimony brings light to the fear and trepidation people felt when the Nazis took over, people’s responses, and the way they changed their behavior. Suddenly her friends were not her friends. It is an experience that is relatable for today’s kids…”

In her testimony, Lambert explains that in an effort to continue her career she moved to the United Kingdom where, in 1934 she won the British high jump Championship with a height of 1.55 meters. However, under the pressure of an international boycott of the 1936 Olympics in protest of Germany’s treatment of Jewish athletes, the Nazi dictatorship exerted pressure on Lambert’s family and she was forced to return to Germany. In what Lambert describes as a “charade,” she was placed on the German Olympic team.

“The reason why I was put on the German Olympic team was that the Americans, the French, the English, they all wanted to boycott the 1936 Olympics in Berlin. I was the only Jewish athlete with world-class capabilities… If you can imagine what it feels like to compete in the Adolf Hitler stadium in front of only non-Jewish people who… didn’t have very nice thoughts about me. What is this Jew doing there?”

One month prior to the opening of the 1936 Olympics, Lambert tied the German high jump record of 1.6 meters when she won the Württembergian Championship. However, with the boycott movement subdued and international teams enroute to participate in the Olympic games, the Nazi regime officially struck Lambert’s accomplishment from the record books, and the German sports authorities removed her from the national team for under-performance.

Adler’s students examine the challenges Lambert faced and are able to draw connections to behavior they have witnessed in their own lives. “The Holocaust is devastating, but Lambert’s story encourages students to think critically about the way we behave toward one another and to take a hard look at what people can do, the strength of the human spirit, and to see the lessons we can learn from today.”

“We talk about how Margaret fought as best she could not to give into the pressures she experienced and I emphasize that history is ongoing and active. My students are moved by her courage and they are inspired to act on what they see happening today.”

Adler also highlights that a number of other historical themes are brought to the forefront when students learn about Lambert. “Born in 1914,” Adler explains, “Her story is one about women’s roles too. She broke the norm with her independent spirit and the way she preferred to dress in pants. She asked tough questions about why she should be relegated to a particular role. In the 1920’s and 30’s it couldn’t have been easy. She wasn’t about to let herself be typecast and that is powerful for my students.”

Margaret Lambert’s life story is one of perseverance, persistence, and strength. As a talented athlete she faced extraordinary challenges and did everything that she could to follow her dreams.

In 1937, Lambert immigrated to the United States where, determined to leave her German past behind, she Americanized her name to Margaret. That year, she won the US women's high jump and shot put championships, and in 1938, she again won the US high jump. She resigned from her career in sports after the outbreak of World War II.

Lambert married Bruno Lambert in 1937 and had two sons, Glen and Gary. She published a book about her experiences in 2004 entitled, By Leaps and Bounds and was featured in a 2004 HBO documentary Hitler’s Pawn about her athletic career in Germany. Following her career in sports she became a physical therapist and, at the age of 102, Lambert currently lives in New York.

In recent years the German track and field association has worked to make amends. In 1995, a sports complex in Berlin was named in Lambert’s honor. She and her husband were Germany’s guests of honor at the 1995 torch lighting at the Olympics in Atlanta. And, in 1999, the Laupheim stadium that Lambert had been banned from in the 1930s was officially named after her. Lambert's 1936 German national record was officially restored in 2009.

Robert Adler has worked as an Alternative Education teacher at Berks County Intermediate Unit in Reading, PA since 2001.

If we decide to change our privacy policy, we will post those changes here so our users are always aware of what information we collect, how we use it, and the circumstances, if any, we disclose it.
CONTENT USE GUIDELINES
Echoes & Reflections content is royalty free for use by educators and students. Individuals or institutions not affiliated with U.S. public, private or parochial schools or higher education institutions or who are located outside of the U.S. should contact us if they wish to publish and/or translate content from Echoes & Reflections. In all cases, proper credit must be given: "Reprinted with permission from Echoes & Reflection Partnership ©. All rights reserved." The copyright "Echoes & Reflections Partnership ©" is retained. Please send inquiries to info@echoesandreflections.org.
RESOURCE OVERVIEW
Echoes & Reﬂections delivers value to both experienced Holocaust educators who are supplementing their curricula and to teachers new to Holocaust education. Learn how to engage further with the important work of Echoes & Reflections by signing up here. 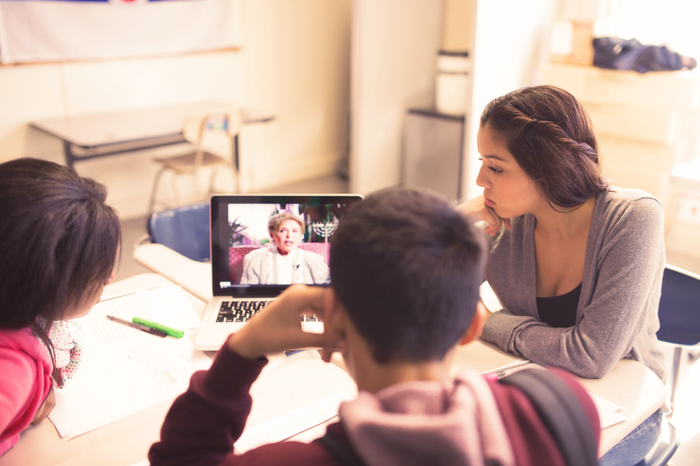 Third a Content
0
We use cookies to optimize our website and our service.
Manage options Manage services Manage vendors Read more about these purposes
Preferences
{title} {title} {title}