Newsletter signup is also available in our footer if you prefer to keep browsing before you subscribe.
×
Echoes & Reflections’ new interactive Timeline of the Holocaust online experience is currently only available for desktop users. A mobile-friendly version is coming soon.
In the meantime, we encourage you to come back later when you have a larger screen. Additionally, you may view the original Echoes & Reflections timeline on your mobile or tablet device by closing this pop-up window.
Skip to content
TEACH

Building a Foundation for Studying the Holocaust

Weimar Republic and Rise of the Nazi Party

A Model for the Escalation of Hate
The Ghettos

Establishment of Ghettos and the Jewish Response

Role of the Ghettos: The Lodz Ghetto as a Case Study
The “Final Solution”

How the Final Solution Was Made Possible and Implemented

Spiritual Resistance: Attempting to Preserve Humanity in the Face of Inhumanity
Liberation

Liberation of the Nazi Camps

Independent Research on Resistance
Rescue and Righteous Among the Nations

The Decision to Rescue

Righteous Among the Nations
Complicity and Responsibility

The Role of the US and Responsibility of Nations
Justice, Life, and Memory After the Holocaust

Living with the Memory of the Holocaust

The Memorialization of the Holocaust

Has the World Learned Anything from the Holocaust?
Gringlas Unit on Contemporary Antisemitism

Taking a Stand against Antisemitism

Timeline of the Holocaust

LESSON PLAN
EDUCATOR RESOURCE: LESSON PLANS
Our Lesson Plans provide a unique experience for educators to teach about the Holocaust effectively and interactively. Lessons are organized by topics that represent major themes associated with the Holocaust in an order that is roughly chronological; the modular design of the Lessons allows for adaption and customization to specific grade levels and subject areas. The integration of rich content in each Lesson helps students construct an authentic and comprehensive portrait of the past as they frame their own thoughts about what they are learning, resulting in a deeper level of interest and inquiry. Each lesson includes: For more information, questions or concerns please contact us.
PEDAGOGY PRINCIPLES FOR EFFECTIVE HOLOCAUST INSTRUCTION
PEDAGOGICAL PRINCIPLES FOR EFFECTIVE HOLOCAUST INSTRUCTION

December 2018 marks the 25th anniversary of the release of Steven Spielberg’s Schindler’s List, which depicts the true story of Oskar Schindler—a man who saved the lives of more than 1,200 Jews during the Holocaust. It was Spielberg’s experience making this film that inspired him to collect and preserve the testimonies of over 54,000 Holocaust survivors and witnesses, a pursuit which ultimately led to the creation of what is now USC Shoah Foundation.

In honor of Universal Pictures’ rerelease of Schindler’s List, Echoes & Reflections has created a short, classroom-ready Companion Resource, that will help educators to provide important historical background and context to the film, as well as explore powerful true stories of rescue, survival, and resilience with their students.

Additionally, the following videos, recorded at Yad Vashem, feature Schindler survivors who speak of the impact Oskar Schindler had on their lives.

Visit the IWitness page commemorating the 25th anniversary of Schindler’s List for numerous additional resources to support teaching with this film.

The posters feature the powerful words and experiences of Holocaust survivor and memoirist Elie Wiesel, Holocaust survivor Kurt Messerschmidt, and Anne Frank rescuer, Miep Gies. Each poster promotes meaningful conversation and reflection in the classroom, whether in person or in a virtual setting, and inspires students with powerful human stories of the Holocaust that can continue to guide agency and action as a result of studying this topic.

To support you in these efforts, we have also compiled several suggested classroom activities from teachers in our network that may be of use and interest.

USC Shoah Foundation’s first podcast, We Share The Same Sky, seeks to brings the past into present through a granddaughter’s decade-long journey to retrace her grandmother’s story of survival. We Share The Same Sky tells the two stories of these women—the grandmother, Hana, a refugee who remained one step ahead of the Nazis at every turn, and the granddaughter, Rachael, on a search to retrace her grandmother’s history. 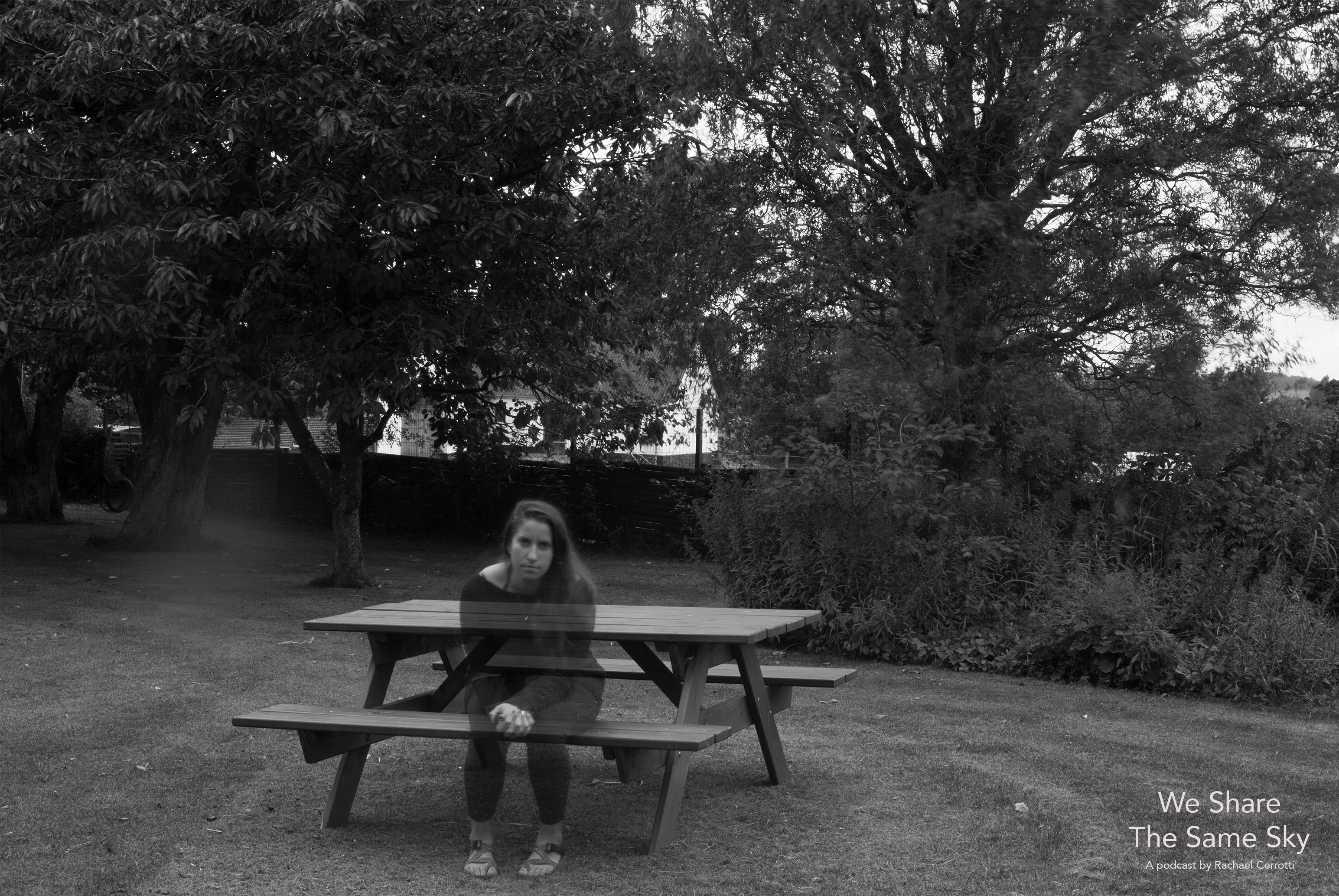 A self-portrait of Rachael while she is living on a Danish farm that is owned by the granddaughter of Hana’s foster mother from World War II. Photo by Rachael Cerrotti, 2017

In order to enhance its classroom use, USC Shoah Foundation and Echoes & Reflections have created a Companion Educational Resource to support teachers as they introduce the podcast to their students. This document provides essential questions for students, as well as additional resources and content to help build context and framing for students’ understanding of the historical events addressed in the podcast.

Access to the podcast, as well as additional supporting materials—including IWitness student activities, academic standards alignment, and general strategies for teaching with podcasts—can all be found at the We Share The Same Sky page in IWitness.

Note: Due to the subject nature, the podcast is appropriate for older students, grades 10-12. As always, teachers should review the content fully in advance to determine its appropriateness for their student population. 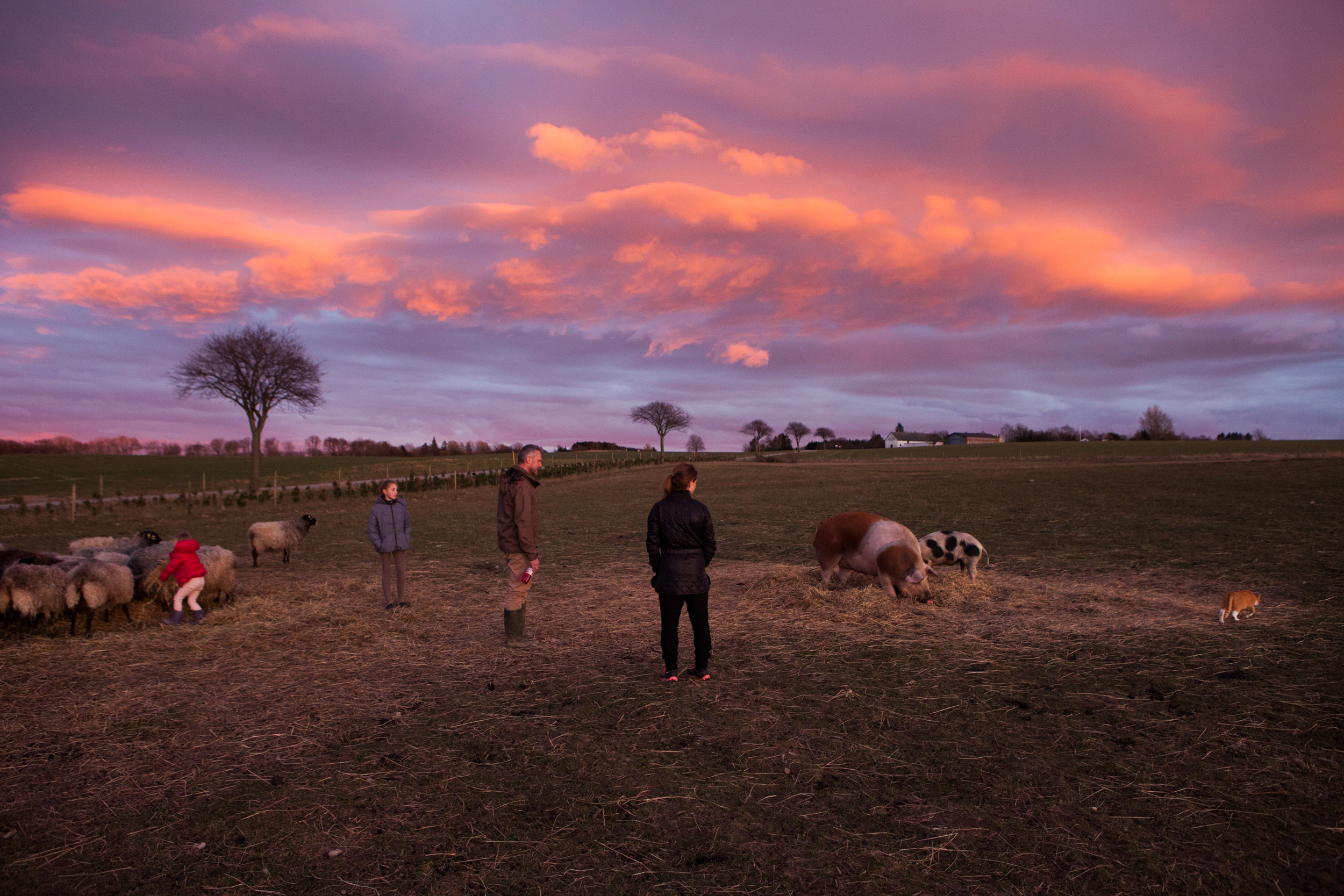 After many years of research and digitizing the archive her grandmother left behind, Rachael set out to retrace her grandmother’s 17 years of statelessness. Her intention was to travel via the same modes of transportation and to live similar style lives as to what her grandmother did during the war and in the years after. That meant that when she got to Denmark, she moved to a farm. Rachael moved in with the granddaughter of her grandmother’s foster mother from World War II and traded her labor for room and board as Hana once did. This picture is from that first visit in the winter of 2015. Since this time, Rachael has spent many more months living on this farm. It is owned by Sine Christiansen and her family. Sine is the granddaughter of Jensine, one Hana’s foster mother from World War II. Photo by Rachael Cerrotti, 2015 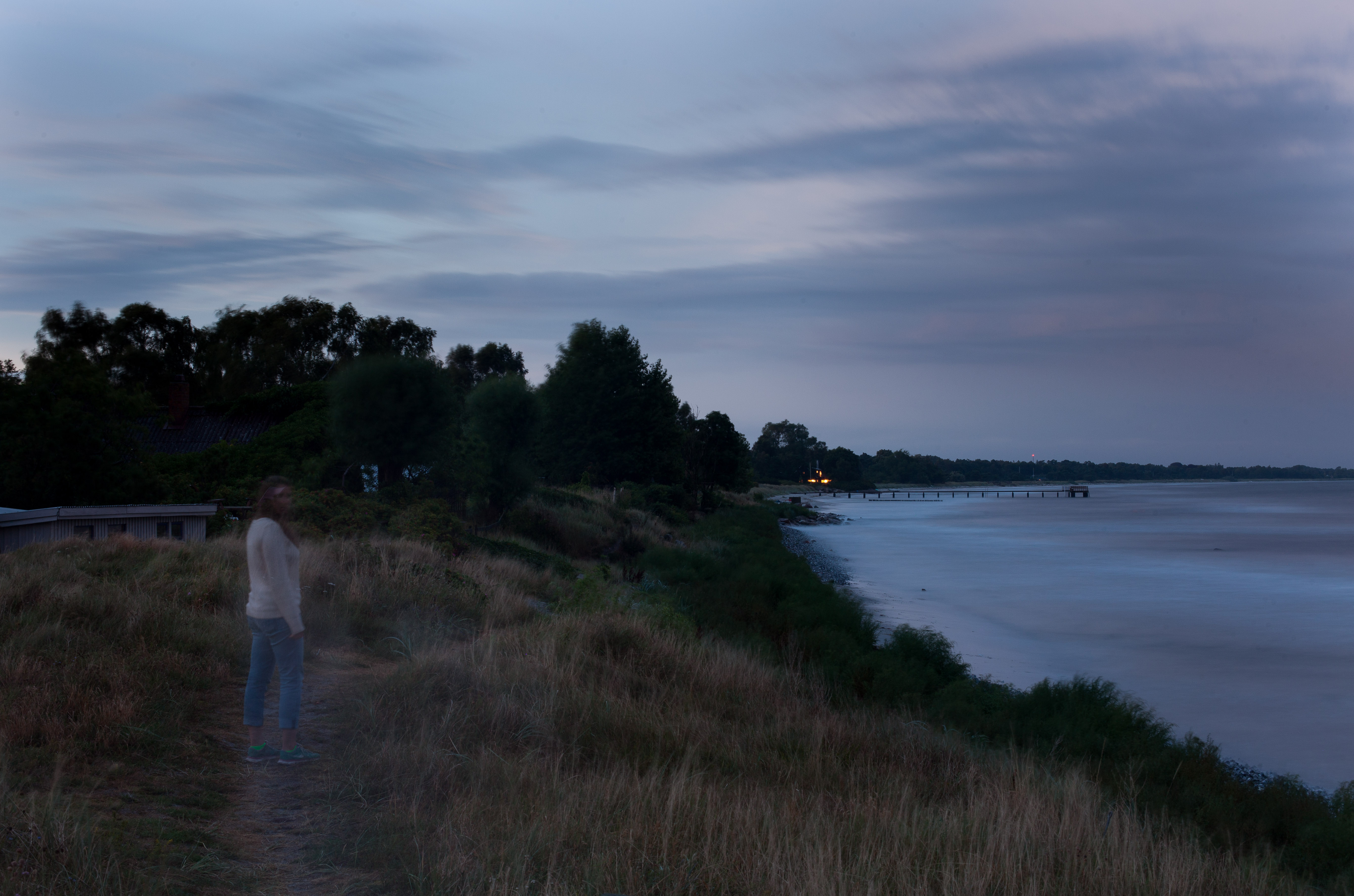 A self portrait of Rachael overlooking the exact spot in Southern Sweden where her grandmother’s refugee boat came to shore in 1943. Photo by Rachael Cerrotti, 2016

Spiritual Resistance: Attempting to Preserve Humanity in the Face of Inhumanity

In this lesson, students consider how dehumanization made the Final Solution possible. They examine texts and testimony that delve into the theme of dehumanization from the perspectives of both a perpetrator and Jewish survivors. Students also interpret a variety of primary sources – including poetry and art – that deepen their understanding of spiritual resistance and how some people attempted to cope with and respond to Nazi atrocities.

PART 1: HOW DID THE DEHUMANIZATION OF JEWISH PEOPLE MAKE THE FINAL SOLUTION POSSIBLE?
Post the supporting question above for students as you begin this part of the lesson. 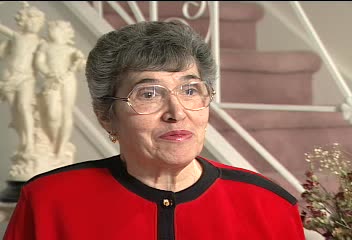 PART 2: WHAT CAN WE LEARN FROM SURVIVORS ABOUT THE STRUGGLE BY SOME TO RETAIN THEIR HUMANITY DESPITE EFFORTS TO DEHUMANIZE THEM?
Post the supporting question above for students as you begin this part of the lesson.

STUDENT HANDOUT
Life in the Shadow of Death View More »

The ideas below are offered as ways to extend the lessons in this unit and make connections to related historical events, current issues, and students’ own experiences. These topics can be integrated directly into Echoes & Reflections lessons, used as stand-alone teaching ideas, or investigated by students engaged in project-based learning.

Close -
✕
KEY WORDS
crematoria
crematoria
Furnaces used to cremate bodies. During the Holocaust, crematoria were installed in several camps, among them the extermination camps and the Theresienstadt ghetto.
Dachau
Dachau
Dachau was a concentration camp located near Munich, Bavaria. The opening of Dachau was announced at a press conference by Heinrich Himmler on March 20, 1933.

dehumanization
dehumanization
As a political or social measure, dehumanization is intended to change the manner in which a person or group of people are perceived, reducing the target group to objects or beings not worthy of human rights.
Einsatzgruppen
Einsatzgruppen
Referring to the four mobile death squads (A, B, C, and D) estimated to have killed more than 1.5 million Jews. Victims were executed in mass shootings and buried in unmarked graves — usually in the ditches they were forced to dig themselves. (See also Babi Yar.)

European Jewry
European Jewry
Over 9.5 million European (including the Soviet Union) Jews in the pre-World War II period. By 1948, there were only an estimated 3.7 million Jews remaining in Europe.
extermination camp
extermination camp
A Nazi facility where victims were killed on a mass industrialized scale and their bodies burned or buried in mass graves. The Nazis operated six extermination camps: Auschwitz-Birkenau, Belzec, Chelmno, Majdanek, Sobibor, and Treblinka. Translated from the Nazi term "Vernichslager" (literally death camp or killing site), the designation "extermination" reflects the Nazi ideology that Jews were pests who should be exterminated.
“Final Solution of the Jewish Question”
“Final Solution of the Jewish Question”
A Nazi code phrase referring to their systematic plan to murder every Jewish man, woman, and child in Europe.
genocide
genocide
The United Nations defines genocide as any of the following acts committed with intent to destroy, in whole or in part, a national, ethnic, racial, or religious group, including killing members of the group; causing serious bodily or mental harm to members of the group; deliberately inflicting on the group conditions of life calculated to bring about a physical destruction in whole or in part; imposing measures intended to prevent births within the group; forcibly transferring children of the group to another group.
Holocaust
Holocaust
The murder of approximately six million Jews by the Nazis and their collaborators. Sinti-Roma, Poles, people with physical and mental disabilities, homosexuals, Jehovah's Witnesses, Soviet prisoners of war, and political dissidents were also targeted by the Nazis.
Majdanek
Majdanek
The Majdanek concentration camp, also known as the Lublin concentration camp, existed from October 1941 to July 1944. The first prisoners arrived in October 1941.

Nazi ideology
Nazi ideology
The Nazi system of beliefs, based on a racial view of the world. According to Nazi ideology, the Nordic Aryan Germans were the "master race." Other races were inferior to them and the Jews were considered to be the "anti-race," the exact opposite of the Germans, and an evil and destructive race. Germans were said to be the natural rulers of the world and, in order to achieve that position, influence of the Jews needed to be ended. Thus, racial antisemitism and solving the so-called "Jewish Question" lay at the heart of Nazi ideology, as did the desire for more territory or Lebensraum (living space).
perpetrator
perpetrator
Someone who does something that is morally wrong or criminal.
Reich
Reich
The official name of the Nazi regime; ruled from 1933 to 1945 under the command of Adolf Hitler. Historically, the First Reich was the medieval Holy Roman Empire, which lasted until 1806. The Second Reich included the German Empire from 1871-1918.

SS
SS
Originally organized as Hitler's personal bodyguard, the SS was transformed into a giant organization under Heinrich Himmler. Although various SS units were assigned to the battlefield, the organization is best known for carrying out the destruction of European Jewry.

Theresienstadt
Theresienstadt
A ghetto in Theresienstadt (Terezin), a town in Northwestern Czechoslovakia, where the Jews of Bohemia and Moravia, elderly Jews and persons of "special merit" in the Reich, and several thousand Jews from the Netherlands and Denmark were interned. Although in practice the ghetto, run by the SS, served as a transit camp for Jews en route to extermination camps, it was also presented as a "model Jewish settlement" for propaganda purposes.
Treblinka
Treblinka
The Treblinka death camp was built in a thinly populated area four kilometers from the village and train station of Treblinka, Poland. The camp was established as a part of Aktion Reinhard in 1942.