✕
Thanks for visiting!
Sign up now to learn about future programs and Holocaust education resources for the classroom.

Newsletter signup is also available in our footer if you prefer to keep browsing before you subscribe.
×
Echoes & Reflections’ new interactive Timeline of the Holocaust online experience is currently only available for desktop users. A mobile-friendly version is coming soon.
In the meantime, we encourage you to come back later when you have a larger screen. Additionally, you may view the original Echoes & Reflections timeline on your mobile or tablet device by closing this pop-up window.
Skip to content
PREPARE

EDUCATOR RESOURCE: TEACHING ABOUT GENOCIDE
EDUCATOR RESOURCE: TEACHING ABOUT GENOCIDE
As students study the Holocaust, they frequently—and understandably—struggle with understanding not only how the Holocaust was able to happen, but also why and how genocide continues to occur in the world, and what has been, and can be, done to prevent such atrocities from occurring.

This multipart resource is intended to help teachers support students’ understanding of genocide in the context of their Holocaust education.

Why is it valuable to teach about genocide in the context of learning about the Holocaust?


Read more +
The International Holocaust Remembrance Alliance (IHRA) provides a helpful rationale[1] that has informed the creation of this resource:

•   The Holocaust is often considered to have given rise to our conceptualization of the term "genocide," which was coined during the Second World War, in large measure as a response to the crimes of the Nazis and their collaborators. Therefore the Holocaust can be an effective starting point and the foundation for studying genocide.

•   Students can identify common patterns and processes in the development of genocidal situations. Through the understanding of a genocidal process and by identifying stages and warning signs in this process, a contribution can hopefully be made to prevent future genocides.

•   Students can appreciate the significance of the Holocaust in the development of international law, establishment of tribunals, and attempts by the international community to respond to genocide in the modern world.

•   Students can gain awareness of the potential danger for other genocides and crimes against humanity that existed prior to the Holocaust and continue to the present day. This may strengthen an awareness of their own roles and responsibilities in the global community.

The most important first step is to define genocide. This video provides an overview of the legal definition of genocide, some historical examples and testimonies, and reasons why the study of genocide is relevant to students today.
WATCH
WHAT IS GENOCIDE?
HOW TO USE THIS RESOURCE
These materials are intended to give teachers a framework to teach about genocide in the context of their Holocaust education preparation and teaching. Resources include:
1 Glossary of Essential Terms: This resource includes definitions of essential terms to help frame an introduction to genocide, providing students with language to discuss complex issues associated with genocide. Many of these terms are also found in the Audio Glossary.
2 Examining the Stages of Genocide: The framework for this resource is Gregory Stanton’s “10 Stages of Genocide.” Each stage is defined, and accompanied by 2-3 testimony clips that illustrate each stage as it occurred in different genocides. Also included are “preventive measures” alongside the definition of each stage of genocide so students can see potential positive actions, as well as guiding questions to support learning and understanding.
3 Additional Resources: These resources are separated into three categories: resources for activism, resources for further study of genocide, and resources to learn more about specific cases of genocide. Note that what one defines as genocide can be highly controversial. The case studies included here are not meant to be a definitive list; rather, they are drawn from the testimonies in USC Shoah Foundation – the Institute for Visual History and Education’s archive.

Additional Considerations
• A central tenant of the Echoes & Reflections methodology is the use of primary source materials, which we have provided in the form of visual history testimonies. Learn more about the Echoes & Reflections pedagogy here.
• To help guide lesson planning, consult Using Visual History in the Classroom, which provides guidance on effective classroom use of testimony.
• Teachers seeking a more comprehensive study of genocide through testimony are encouraged to explore full testimonies and other teaching materials available in IWitness.
• One of the biggest challenges in teaching about genocide is the upsetting nature of the material. As this is meant to be an introductory resource, the testimony clips included here avoid some of the most graphic descriptions of genocide.

GLOSSARY OF ESSENTIAL TERMS
This resource includes definitions of essential terms to help frame an introduction to genocide, providing students with language to discuss complex issues associated with genocide. Many of these terms are also found in the Audio Glossary.
EXAMINING THE STAGES OF GENOCIDE
Mobile Users: You’re only seeing part of this page. To view all available materials, please come back using a tablet or computer. See you then! 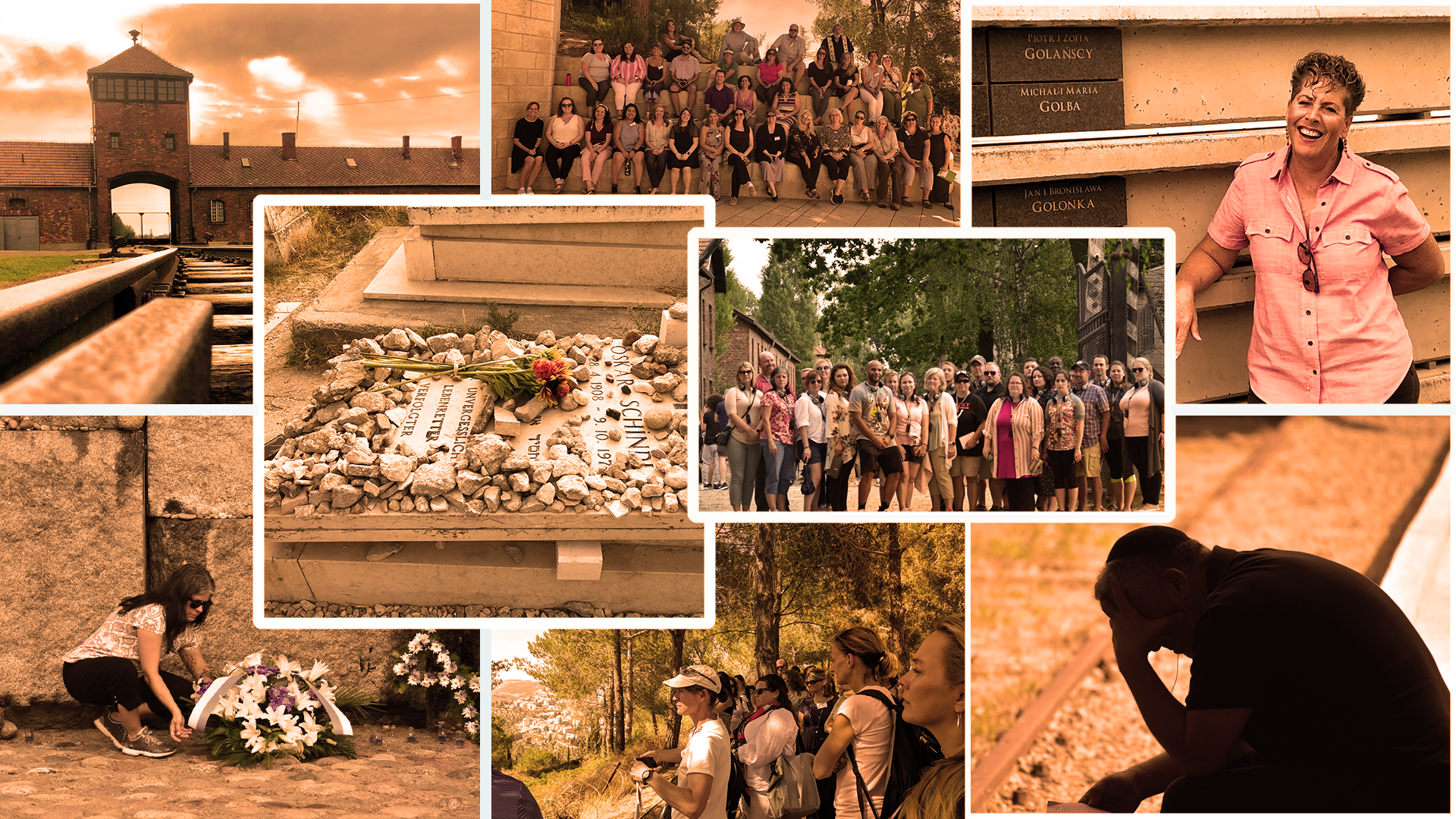 Tap the button below to review state legislation. Visit this page on desktop to explore an interactive map.

For questions, and for more information on our offerings and/or on Holocaust education in your state, please contact us at info@echoesandreflections.org.