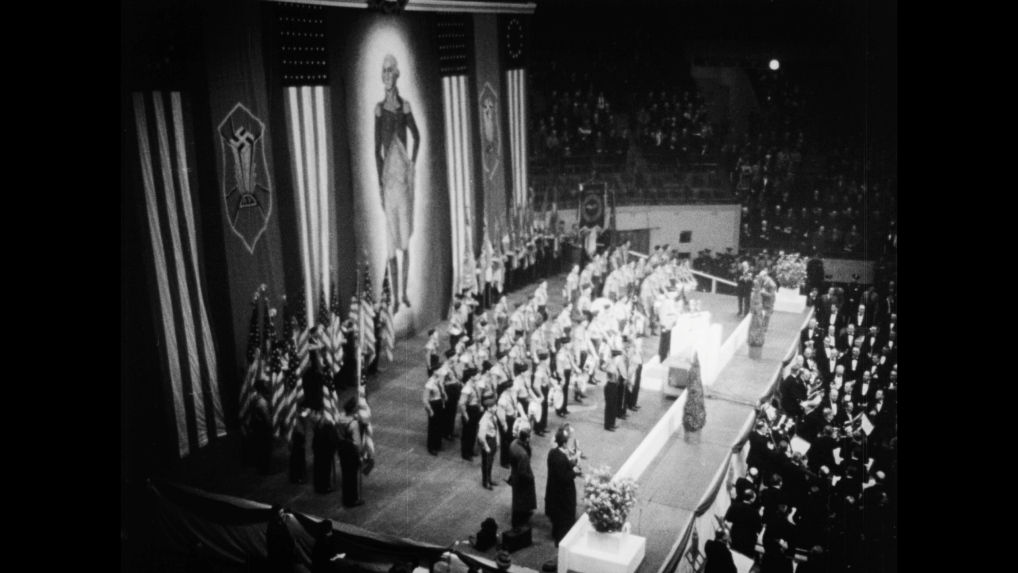 The Holocaust is not solely a European event but a human catastrophe that altered all of history including the history of the U.S.  Too often we relegate the Holocaust to a foreign event or limit the involvement of the U.S. as victors and liberators only. As we hope to instill knowledge and help our students develop into global citizens, we must approach U.S. history as intertwined with the history of the Holocaust. Although there certainly is not enough time in your curriculum to fully investigate the Holocaust in a U.S. History class, there are several opportunities to inject its lessons while also presenting a more nuanced and deeper understanding of the U.S. during this time period and the role it played in defeating Nazism.  Here are a few overarching concepts with supporting teaching tools to deepen your students’ knowledge of U.S. history, the Holocaust and, more broadly, human history:

1. Teach that Antisemitism was and is not a European Phenomenon but a Human Plague, with Deep Roots in U.S. History that Continues to Pervade Today’s Society.

America’s history of racial terror is not news. From the stain of slavery to various anti-immigrant movements throughout its history, antisemitism has also been present. Connect white supremacist thinking, racial pseudoscience, and the growing eugenics movement of the late 19th century with rising antisemitism in Europe. Reference the pro-Nazi German American Bund that was formed in the U.S. in the early 20th  century and use events and imagery that depict the growing antisemitism that happened in the U.S., like the Night at the Garden in 1939, which is referenced in this handout in our Gringlas Unit on Contemporary Antisemitism. Utilize resources like History Unfolded and Americans and the Holocaust from the United States Holocaust Memorial Museum to analyze what the average American knew about what was happening in Europe and how they felt about the events.

Highlight that while antisemitism and racism were being defeated in Europe, these hateful ideologies continued to exist in the U.S. Study the Double V Campaign and elevate the stories of Black soldiers serving in segregated units, some of which became liberators like Paul Parks. Challenge your students to analyze the ethics of American war tactics, including the firebombing of cities like Dresden and their decision not to bomb Auschwitz.

Expand your students’ understanding of who a perpetrator or a bystander is to include nations. Analyze why the U.S. restricted immigration, including the rejection of the Wagner-Rogers Bill in Congress and the M.S. St. Louis when it was stranded at sea off the coast of Florida. Examine the “paper walls” that made immigration so difficult and what the State Department did to make it nearly impossible for Jews to escape Nazi Germany. Balance these failures to rescue Jews with what the U.S. did to help Jews, like the creation of the War Refugee Board in 1944.

2. Utilize Timelines and Historic Events to Contextualize U.S. History with the Holocaust

Activate students’ prior knowledge of U.S. history, including their own family history, to help contextualize the events of the Holocaust. We want our students to become global citizens and recognize how events in the U.S. impact the rest of the world and vice versa. Consistently make these connections to broaden your students’ perspectives on the global nature of history. For example, the Great Depression of the 1930s was a global economic downturn, not just an American one, and it had wide-reaching repercussions. By December 7, 1941, the “Final Solution” had already begun with the Nazi invasion of the Soviet Union six months earlier on June 22, 1941. By the time the U.S. invaded mainland Europe on D-Day, June 6, 1944, five million Jews had already been murdered.  These references can help students better understand the role of the U.S. during the Holocaust, and to consider how the country’s actions today might also have a larger global impact.

3. Use a More Global Approach when Studying Postwar Events

Remember to understand history as a continuum of events. Situate the Holocaust in the broader context of European History, U.S. History, and World War II by teaching about postwar actions: from the role of the U.S. in the Nuremberg Trials to its handling of displaced persons under the stress of the impending Cold War. Looking domestically, the return of soldiers and the influx of immigrants fleeing a destroyed Europe had a major impact on the U.S. in the 1940s, ‘50s, and beyond. Our webinar, Exploring Migration Before and After the Holocaust, is a great place to start examining this topic.

This is not a comprehensive list nor is it possible to weave all these points into your U.S. History class. However, they can help you search for connecting themes and opportunities to expand your students’ perspectives, engage their minds to ask questions and think critically, and help develop them into global citizens.

About the author: Jesse Tannetta is a former high school teacher who is now the Operations and Outreach Manager for Echoes & Reflections. He holds a master’s degree in Holocaust and Genocide Studies and is a current Ph.D. student beginning his dissertation on female concentration camp guard Hermine Braunsteiner Ryan.